Ministry by Text is part of a full-service consulting firm, Solutions by Text, that has been serving the business community since 1995. Ministry by Text was created to leverage the power of SMS to meet the unique needs of the church, ministry, and nonprofit sector.

Who is Ministry by Text?

Solutions by Text has leveraged their commercial success to provide a budget-conscious offering for ministries and churches to add texting to their communications recipe. Backed by the Solutions by Text team and expertise you can be sure that the rules, laws, and compliance regulations are being met to the fullest measure, along with 25+ years of proven success and practices.

Here to help you connect 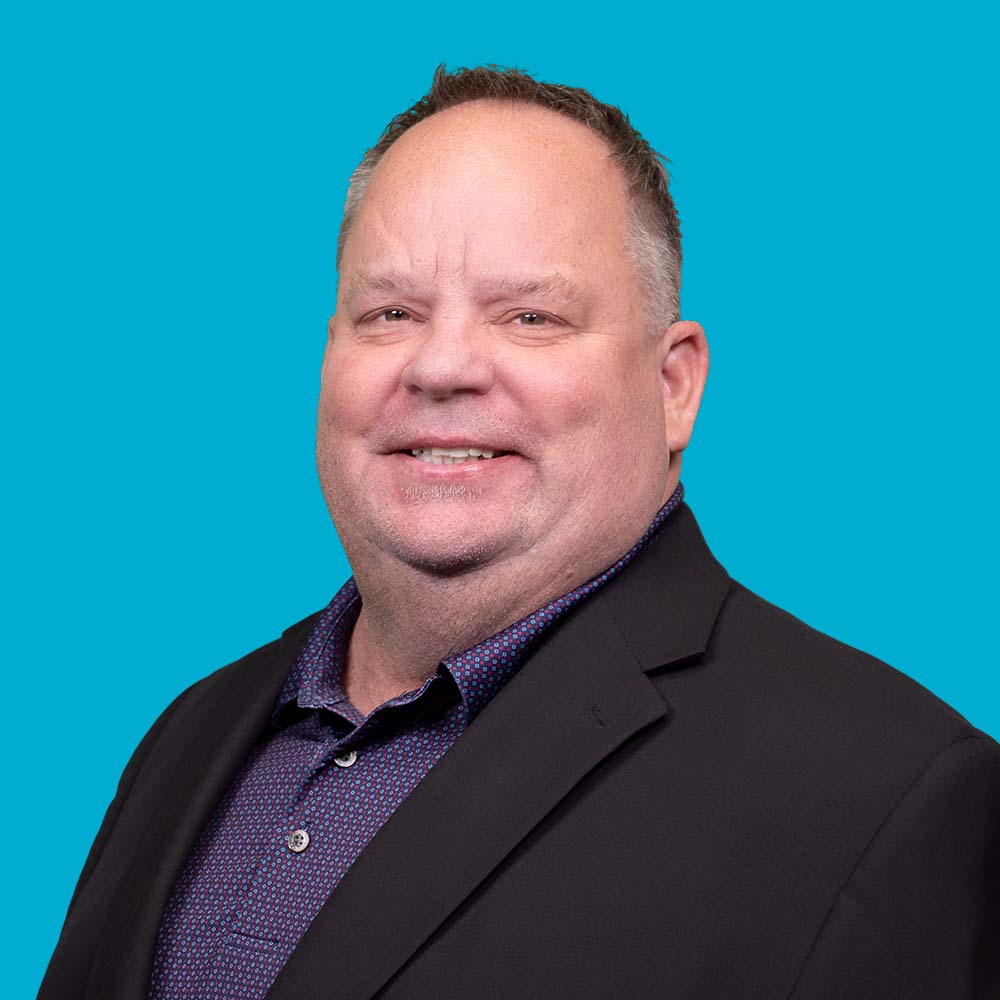 In 1994, Danny Cantrell started his 1st Business and install a T-1 line in his apartment. His Dad, “The Legend,“ and a few college buddies became his first sales team but he quickly realized he needed to turn his business over to God, because he was trying to do it his way instead of giving it to the Father that is always in control. That decision in the early apartment years gave him his favorite bible verses in Jeremiah 29:11-13 11 For I know the plans I have for you," declares the Lord, "plans to prosper you and not to harm you, plans to give you hope and a future. 12 Then you will call on me and come and pray to me, and I will listen to you. 13 You will seek me and find me when you seek me with all your heart. The good Lord had a Big Plans to prosper him and not to harm, plans to give him hope and a future.

In 2007 the apartment days were long behind him, the country was in the middle of the National Mortgage Crisis. With the promise to prosper, Danny’s brother, Mike Cantrell become the President of their newly launched technology company, Solutions by Text. Leveraging their existing customer base, they introduced Texting focused on compliance, with a consultative implementation strategy. Quickly the Cantrell Brothers were helping companies all over the world connect to their customers via SMS/Text. They open their global offices in Bangalore India and call that team family too.

In 2011, the brothers launched Ministry by Text which leverages the power of text for ministries and their consultative approach. That is also the year he met his wife at Prestonwood Church. She was a 1st time guest and the Good Lord Prospered him again and sat his future wife Alanda, directly in front of him in a 7000 member auditorium.

In 2012, at the age of 47, Danny finally joined the “daddy club” with the birth of his daughter Riley.

In October 2019 he celebrated his 25th work anniversary with a customer User Conference and hosted a Gala for their 501(c)(3) organization, legacygive.org.

In March of 2020 he witnessed Church’s go virtual because of Covid-19 and on Easter Sunday 2020 the lord gave him his heart’s desire, as he witnessed over 1000 profession of faith by texting the name Jesus.

Mike is a pioneer in the Enterprise Texting Industry and the commercial brand Solutions by Text set the standard for compliance and implementation best practice. Mike has combined a 25+ year career in Business Solutions Architecture with 20+ years in leadership in the local church to design Ministry by Text, a best in class digital solution that goes far beyond sending a text message. He has an uncanny ability to teach organizations how to improve execution through improved communication.

While attending Baylor University in the 80’s Mike met his wife Jane and they’ve been married since 1994 and have 4 kiddos including a set of triplets!

EJ joined the MBT Team in the Fall of 2017 after moving to Texas from Northern California. He earned his Bachelors degree in Health Exercise & Sports Science from the University of the Pacific but felt the call to ministry toward the end of his undergrad. During his senior year, he had the opportunity to take part in a college ministry internship. It was there where he discovered a passion for bringing people together and for the Church. After months of prayer and mentorship, EJ followed that call to ministry and started the Masters of Christian Leadership degree program at Dallas Theological Seminary. He is nearing the end of his courses and highly anticipates using both his theological and organizational training for the glory of God and the good of the Church.

Ministry by Text has allowed EJ a practical way to serve ministries of all shapes and sizes and gain experience with different organizational structures. Each church and ministry provides unique opportunities to develop relationships and consult leaders wherever they are. 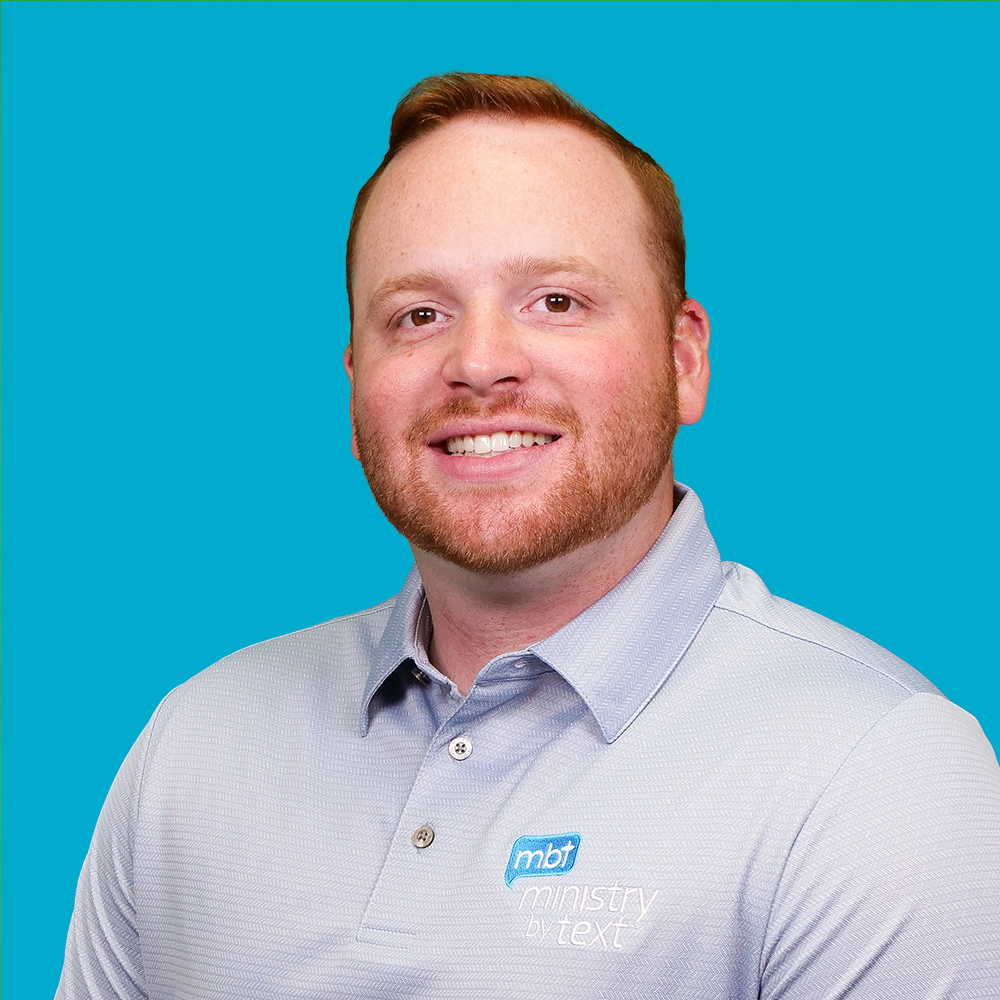 Michael joined MBT shortly after getting married to his wife Matti in the Summer of 2018. He earned his Bachelors Degree in Business Administration from Colorado Christian University where he also played four years of college baseball.

On the MBT team, Michael enjoys bringing new churches onboard and then getting to watch how the Good News of God continues to get spread.

Before joining the MBT Team in 2019, Chris spent over 16 years serving large church teams in various creative, communication and production roles. His unique perspective on how churches use technology to communicate and connect is a valuable asset in how the MBT team approaches and consults churches to be effective.

Chris is originally from West Texas, attended Texas Tech University before pursuing a freelance career in graphic and website design and serving in full-time ministry. Chris has been married to Kristin since 2004 and has 2 boys- Cooper and Caleb.

Joe became a member of the Ministry by Text team in 2019. Originally from Arlington, Texas, Joe received a BA in Communication Studies from the University of Texas Tech. After college Joe spent 7 years on staff at 2 different large churches. He filled a wide range of roles from video production and content creation to live service production and volunteer training. As member of the Ministry by Text team Joe continues to support ministry and help others succeed in their projects, two things he is very passionate about.

Before joining the MBT team in 2020, Tim spent over 20 years in full time ministry leading short-term mission trips to South America, Eastern Europe & Africa. Having a successful sales career, he reluctantly went on his 1st mission trip to the Andes Mountains in December 1998 & saw God work in miraculous ways. After returning from Argentina, the one question he couldn’t get out of his mind was, “Why have I been so focused on success when God wants me to focus on significance?” He realized that even though he had been serving God in his church, he was selfishly saving his “best” for his job. He realized that God wanted him to give up the one thing that fulfilled so many of his needs, his career (paycheck) & go into full-time ministry. He loves watching how God works in people’s hearts to draw them to Himself. God has worked just as abundantly in his heart also as he has given him a heart for the nations and a desire to see people come to know Christ more deeply by getting more connected to his body of believers, the local church.

Originally from Pryor, Oklahoma, Tim moved to Dallas in 1985 to seek his fortune. Parties and worldly success couldn’t erase the feelings of emptiness and in 1992 he recommitted his life to the Lord. All the “stuff” the world has to offer doesn’t compare with the joy and peace he has serving his Lord and Savior Jesus Christ. His passion is discipling young men into a deeper relationship with Christ.

Tim has been married to Kelli since 2007 & together they have 2 boys, Hunter & Caleb. Tim also has an older son named Matthew who lives in Ohio. 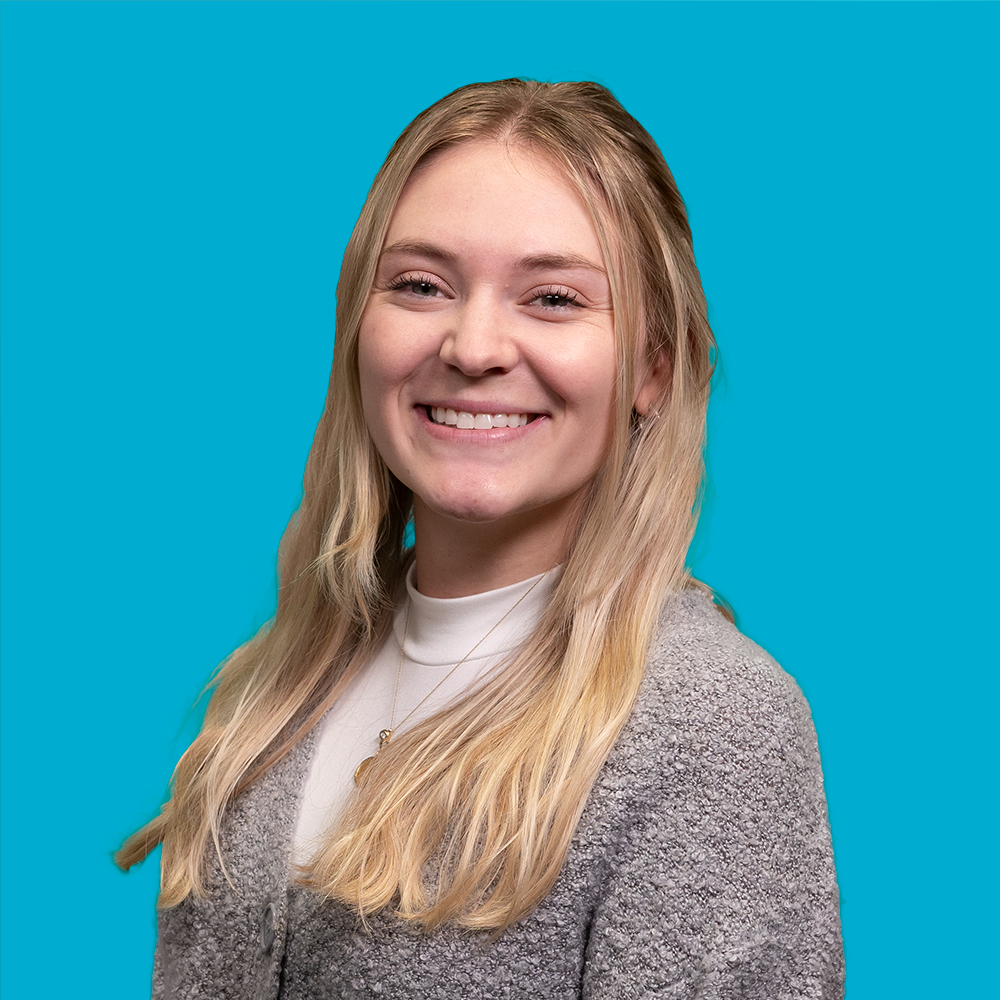 Elle was born and raised in Denton, Tx and graduated from Stephen F. Austin State University in 2019 with her BBA in Human Resource Management. Upon graduation, Elle moved to L.A. to work for a non-profit joint ministry empowering women and fighting against human trafficking. Upon meeting her now husband, Elle moved back to her home state and planted roots in Dallas after getting married in the summer of 2021.

Elle has experience in the software industry, and would love to blend her administrative passions, and heart for God to empower ministries to communicate with their audience efficiently and effectively. Being involved at her local Church and having a grasp on the inner workings of non-profits, Elle loves watching others use their calling to share the gospel and honor the Lord in what they do.

The Ministry by Text approach is proven and effective and it’s the same for every client, whether big or small. We help remove the guesswork and uncertainty by providing solid tools, sound advice, and proven strategies for success based on hard data and years of experience.

Ministry by Text understands the church model, and we’re here to help you connect with your audience. Let us show you how you can leverage real-time SMS messaging to boost the effectiveness of your ministry’s communication strategy.

Talk to a Ministry Consultant

We’re passionate about our work.

We love what we do. Every client provides an opportunity for us to be a part of the life-changing work of the church!

There’s nothing that we love more than figuring out how to make mobile a more effective and powerful extension of your ministry strategy. We call it “cracking the code” and it gives us a thrill every time we do it.

We have a heart for discipleship, it is the heartbeat of kingdom work. A disciple is willing to share their own experience with a desire to help others accelerate their learning and improve their relationship.

Your Ministry by Text team has a desire to share their experience and personalize your SMS strategy so you can personalize communication with your members.

The six pillars of Ministry By Text are built around experiencing results and creating a deeper connection through church texting. The life cycle of a church member is a key component to creating a successful communication strategy. As your consultants, we help you think one step ahead and are experts at leading your audience to get results.

THIS IS OUR MINISTRY,

SEE HOW IT WORKS
Need more information? Ask A Question